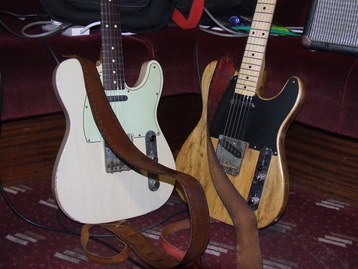 It’s been a long time coming, but we have refreshed. New socks all round, and the front page is refreshed. Since we last updated, lots of things have changed:
​
Stan and Florence have moved to the People’s Republic of Whitchurch.
Justin lifts heavy things with the help of his son Spencer (also new).
Gary Shag has new drums (“they’re cherry actually, not red”).
Jason is the new Quality Control Manager for Wedgewood China.
Coleslaw Johnson has been seen playing Fender guitars.
Big Steve bent his mudguard. And he had a problem with his bike..
Mr. Deeds Goes to Town, Mr Smith goes to Washington, Frankie goes to Hollywood, Miss Jones comes to Whitchurch.
Adam Shag has a new tattoo, well, 8 new tattoos.
Kate Bush is back.
Neil Young is older.
Lulu has got older but looks younger.
Sadly, there are no surviving Ramones.
Sadly, the Clash haven’t reformed.
Sadly, Steps have reformed.
A German shepherd has taken to peeing over Steve’s front door every morning. Things have taken a turn for the worse because now his dog has started doing it as well.
There is a new U.S President, a new UK Government and they’ve stopped selling Toga in the Fino Lounge.
There is a ring of steel around the city in readiness for Obama’s visit to the next jam afternoon in the Earl Haig.

Some things never change though:

Big Steve’s coat.
Snapper’s Jacket.
Polk Salad Annie.
Gary Shag still has a cow bell, and everyone still calls it something else.
Coleslaw Johnson is still the only man to fall off a pier and bounce.
Justin’s organs are still only handled by him and him alone.
There is still only one Monopolies and Mergers commission.
The only people in a cricket match with dark trousers on are still the only ones who don’t dive about.
The Rolling Stones are still rolling.
The Arctic Monkeys are still cold,
Rage Against the Machine are still angry.
Status Quo maintain the status quo.


The Fugitives have not changed either.  From Bayonne to Bristol, the Basque country to Barry Island they are still just as lairy, and just as hairy. For the 12th year in succession, they have been voted the 4th best R&B outfit within a radius of 8.7 miles of Whitchurch village.  By the most modest of estimations, they have now played almost 500 gigs. That’s 500 Princess Margaret jokes and 500 times Jason has tripped over the microphone stand. Good things never change. The Fugitives. Still the same, still brilliant.